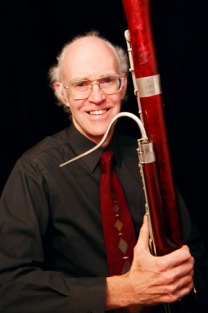 Neil Fairbairn studied bassoon in Boston and London. A freelance musician in Britain for twenty years, he toured regularly with the London Opera Group and the Phoenix Wind Quintet. He also worked extensively with the Royal National Theater, accompanying productions on British, European, and North American Tours.
In the field of music publishing, Neil was associate editor of The Music Makers, a biographical encyclopedia of musicians. He also co-authored Royal Collection, an anthology of music composed by members of the British royal family.

Neil currently lives in Belmont, Massachusetts, where he is a freelance bassoonist and writer. He is a member of Music at Eden’s Edge and teaches bassoon and chamber music at Phillips Andover Academy.